Add to wishlist Remove from wishlist

How to edit Timeline Graphics in PowerPoint 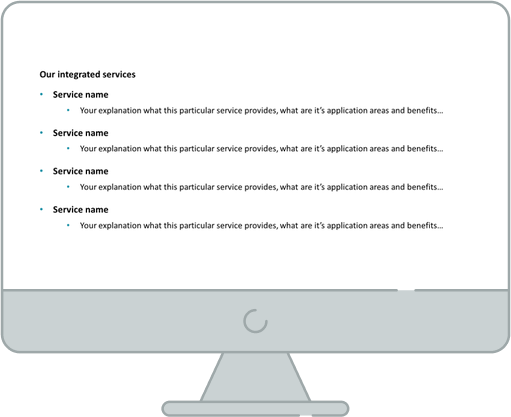 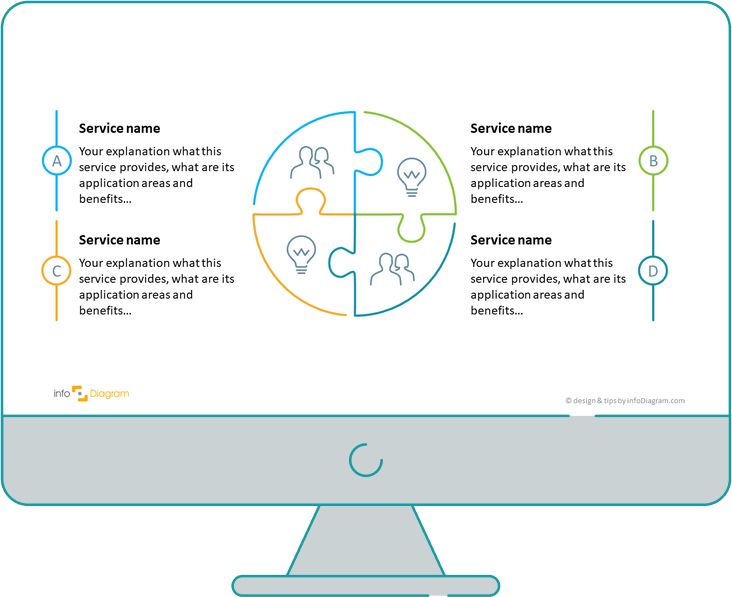 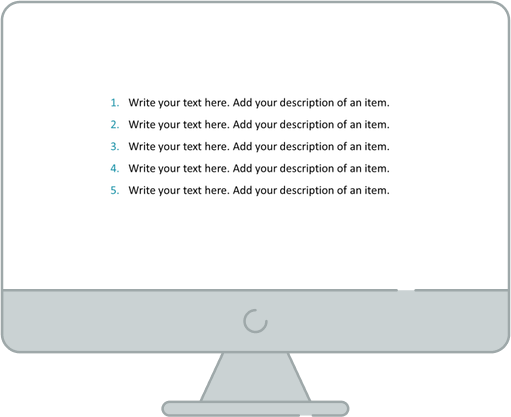 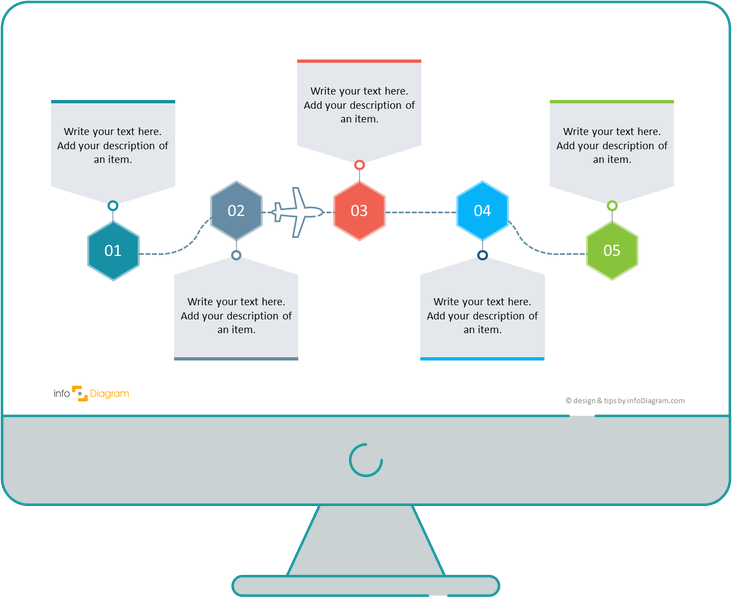 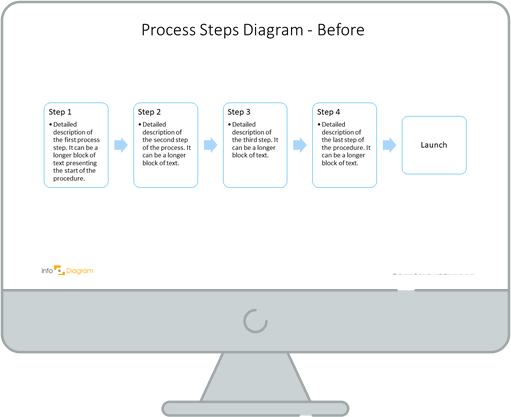 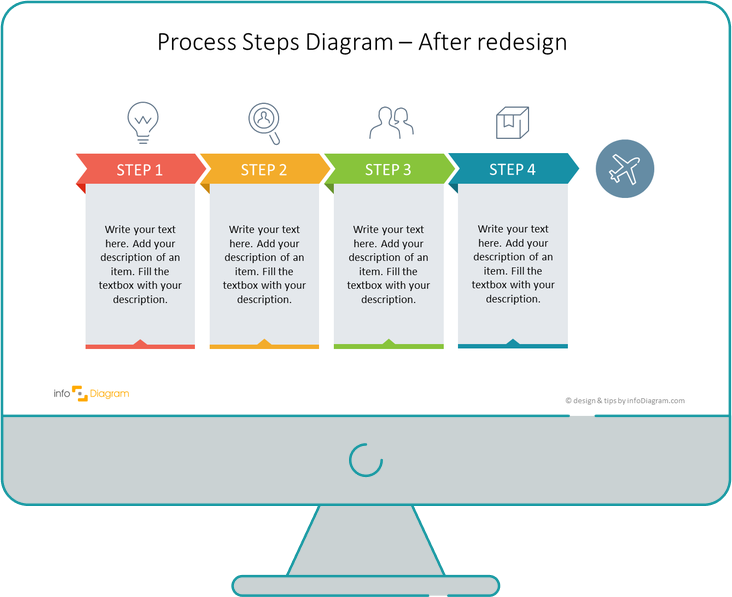 Present Product Launch phases or company growth stages by rocket launch infographics and step diagram. This is as a catchy visual metaphor that will make your presentation more engaging.

To help you our show various numbers of stages, we designed several list diagrams in modern flat style with the space shuttle and universe themed images.

The content of the Rocket Launch infographics PowerPoint Template includes:

The metaphor of launching a rocket into the space is practical representation of any consequent stages. The launch and flight stages can present a list of items that follow each other.

When to use Rocket Launch graphics?

Usage examples: Using those visual diagrams instead of text only bullets will make your slides eye-catching and remembered.

You can add subtle animations and icons representing launch stages such as uncovering steps one by one.

You can modify the diagrams, replace symbols, change a number of steps. Use the icon collection at the end of the presentation slide deck. Optionally you can also extend the collection by more PPT symbols (see Related Diagrams section).

You can edit text descriptions, colors of all illustrations and replace icons (all graphics is a vector format). Photographs are included in the template. You can easily replace them as well by pictures of your own.

The icons are fantastic, easy to use, and will add value to any project or presentation. Keep up the great work.

I love how simple infoDiagram's solutions are and the personal interest they took in my work. Recommended 1000%!

The crisp, clean look of the graphics, and the fact that it allowed me to easily edit and change the colors to match the template was my main reason for purchasing them.

Your graphics add a nice touch to my presentations and I recently used them for one of my all-hands meetings. Your toolbox adds professionalism to my slides. Instead of using standard clipart.

I purchased several images from infoDiagram and can’t tell you how pleased I am! I particularly like how adaptable the Powerpoint graphics are.

I bought several designs from them, and they are just looking great! Speaking of great: the user support is fast and was always very helpful.

I needed a fresh look at some of my slides. I've tried to find a way to create a paintbrush effect, to underline, accentuate, add some color and the handwritten markers were just the things. Very easy to use, easy to size, change the color. It was an affordable, perfect solution and I'm happy to recommend it.

Really good quality product and service. Used the diagrams for a major presentation and receive big kudos from the management team that we presented to.

I did not get the direct link to download the full deck of slides, after a request to the team I obtained an answer and link in a minute! Efficient and very kind. Slides will help me saving time and give a very strong effect on my presentation.

I was extremely pleased with my purchase and interaction with the staff. I would definitely recommend it to friends. The site is easy to use and the support is great.

I have always had great service with InfoDiagram and I highly recommend their graphics. Very easy to modify, change, and look so professional.

Extremely easy to purchase and very easy to use. Made all the difference to the presentation. Much more impactful and I got what I wanted. :-) Great post-sales follow-up too, to make sure that I got what I needed. Very impressed.

Your slides are my 'secret sauce' when it comes to visualizing my ideas to clients.

Doing It Yourself
Our template
Best value
Agency Design
Effort

Doing slides yourself takes the most of your time and effort.

You will have full control on slides, however the level of design will depend solely on your skills.

With our graphics you can quickly create strong visual slides with little effort for a reasonable small cost.

You will get a variety of graphics you can adapt, while keeping the control over slide content.

Outsourcing your slide design to a professional agency can provide you with the most sophisticated designs, however it will cost you the most. 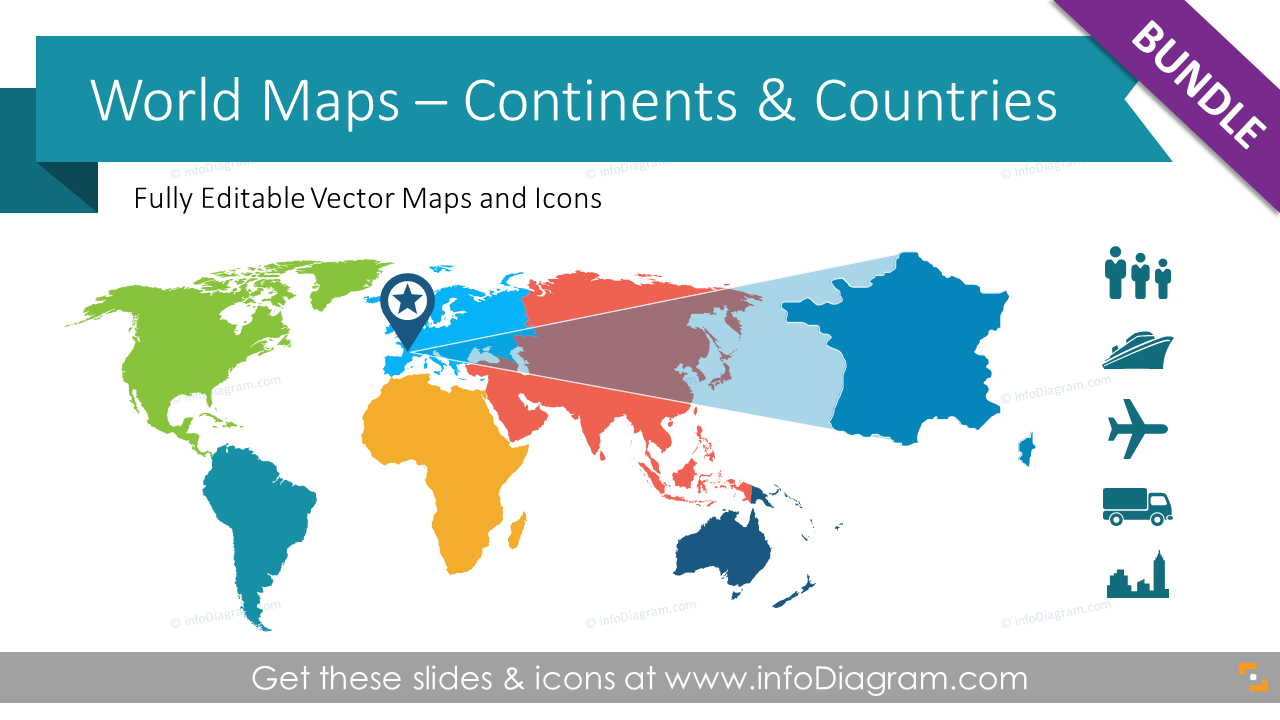 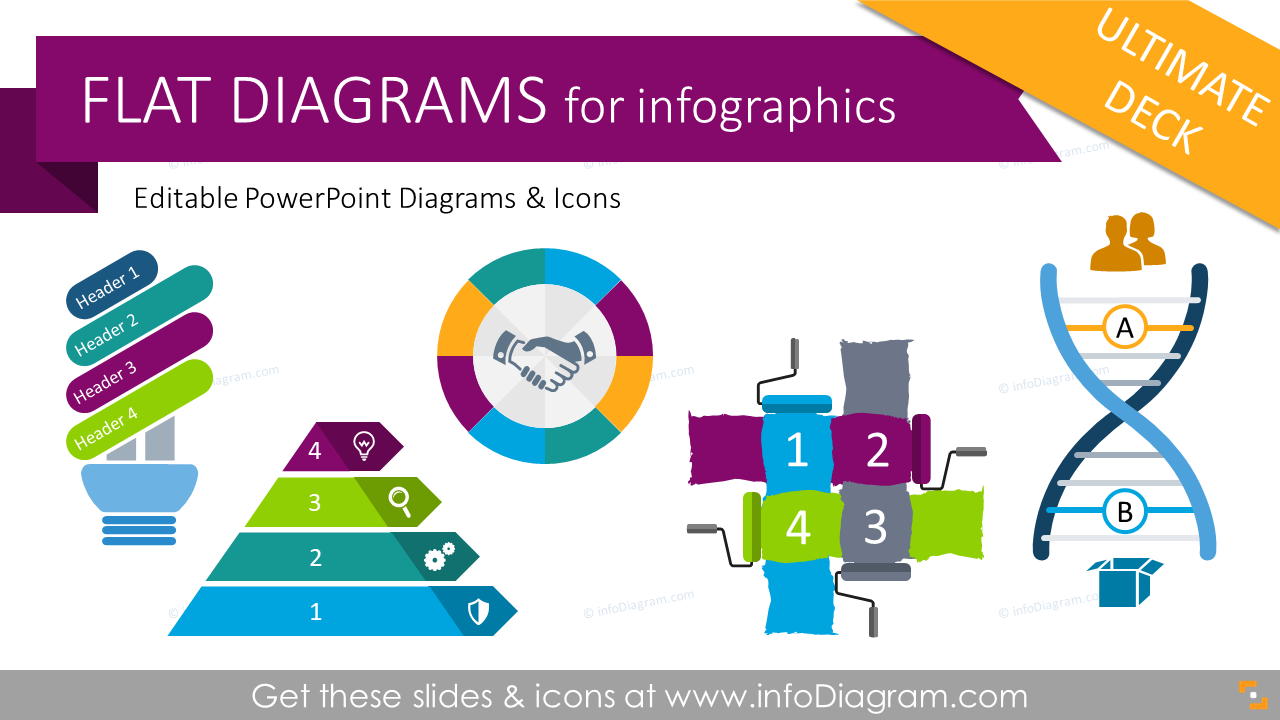 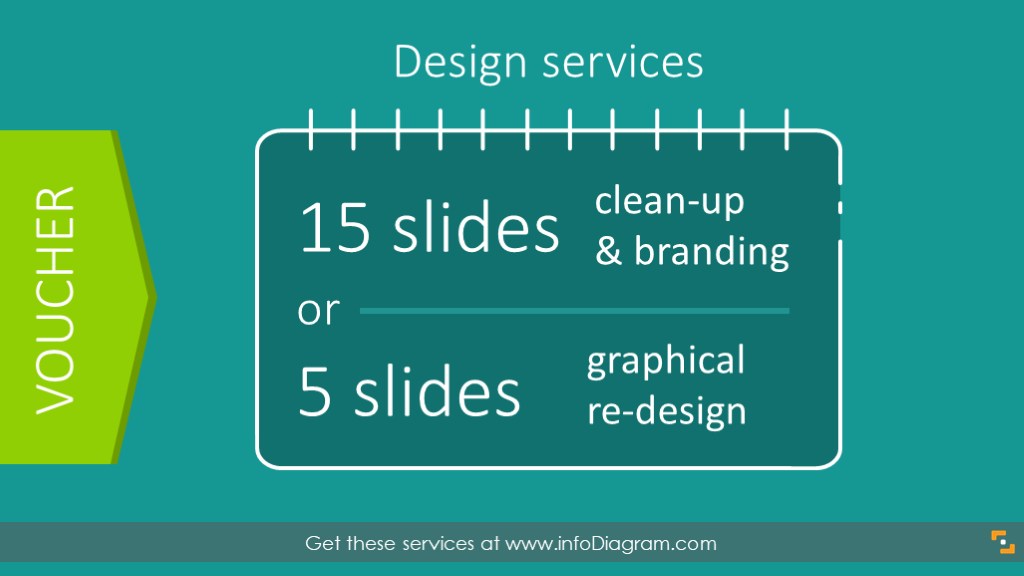